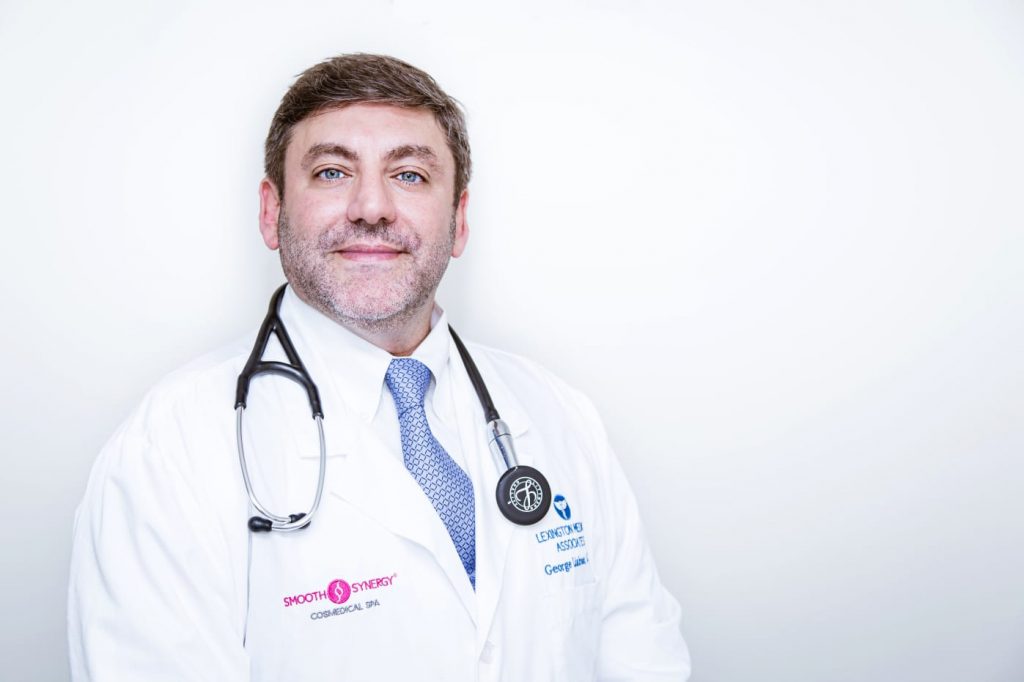 George Liakeas, MD is a native New Yorker, who is one of the best primary care physicians in Manhattan. He received his medical degree from Albert Einstein College of Medicine and completed his Residency in Family Medicine at Beth Israel Medical Center, Institute for Urban Health. He is certified by the American Board of Family Medicine and has been in general practice in Manhattan for over 16 years.

Currently, Dr. George serves as both the medical director of Lexington Medical Associates and Smooth Synergy Cosmedical Spa, as well as a top medical concierge doctor  with Castle Connolly Private Health Partners. He has affiliation with Mount Sinai Beth Israel Hospital and full privileges at Lenox Hill Hospital. His caring attitude, superb bedside manner, compassionate care and clinical acumen have earned him respect among his colleagues and patients, earning him a name amongst America’s Top Doctors® multiple times. He has received over two dozen awards and recognitions: of note are distinctions from the American Academy of Family Physicians and the American Medical Association.

Dr. George enjoys sharing his passion for medicine, including in his past role as the President of the Hellenic Medical Society of New York, as well as serving as a Teaching Physician for the Icahn School of Medicine at Mount Sinai, New York Medical College, Keck School of Medicine at the University of Southern California and Mercy College of Physician Assistants. He has also been the New York City Marathon Medical Captain since 2001.

He resides near Lexington Medical’s office in Midtown East Manhattan with his wife and two daughters. In his free time, he is a movie buff and an avid sports enthusiast. 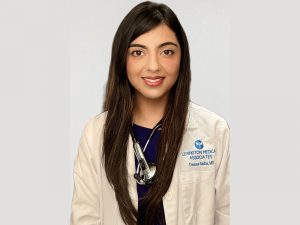 Umama loves the strong work ethic of her colleagues at Lex Med, who work together as a team to provide the best medical care for patients. Working in primary care means she’s often a patient’s first medical contact. As such, she’s incredibly honored that patients put their trust in her, and relishes
the opportunity to see people from all age groups and backgrounds.

In her free time, Umama loves spending time with her family, which includes two children. Together, they enjoy watching movies and going for walks in the park. She also loves to read and, of course, shopping.

Her favorite quote is “Yesterday I was clever, so I wanted to change the world. Today I am wise, so I am changing myself.” – Rumi 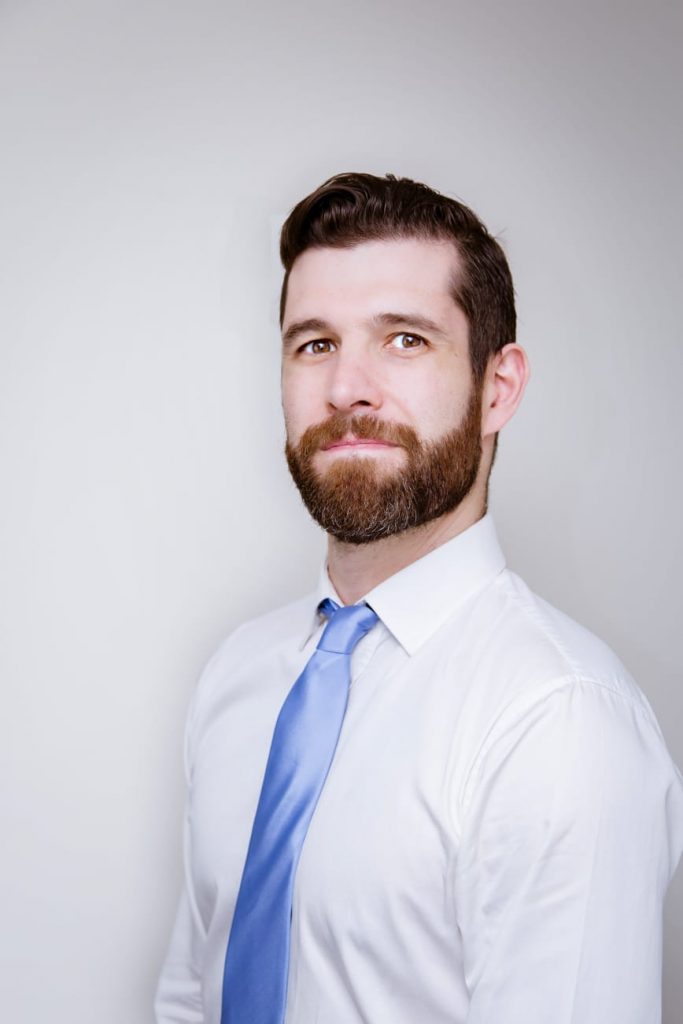 Paul is originally from Northern New Jersey. He attended Georgetown University in Washington DC, earning his undergraduate degree in psychology and economics. After spending several years outside of the medical field as a teacher, a youth sports coach, and an assistant trader on a commodities exchange, he decided to follow his passion for medicine and pursue a career as a physician assistant. He earned his Masters of Science degree from the Rutgers University PA Program in New Brunswick, NJ, and has been practicing family medicine ever since.

Paul loves how the intimate environment of a family practice, like Lexington Medical Associates, allows him to get to know his patients on a deeper level. He relishes the relationships he has been able to foster with the community there. He is also an adjunct professor in the Rutgers PA program, teaching classes in primary care and LGBT health.

In his free time, Paul enjoys traveling, exploring New York City, playing basketball, snowboarding, following current events, and spending time with friends. One of his quotes is “A healthy outside starts from the inside.” – Robert Urich 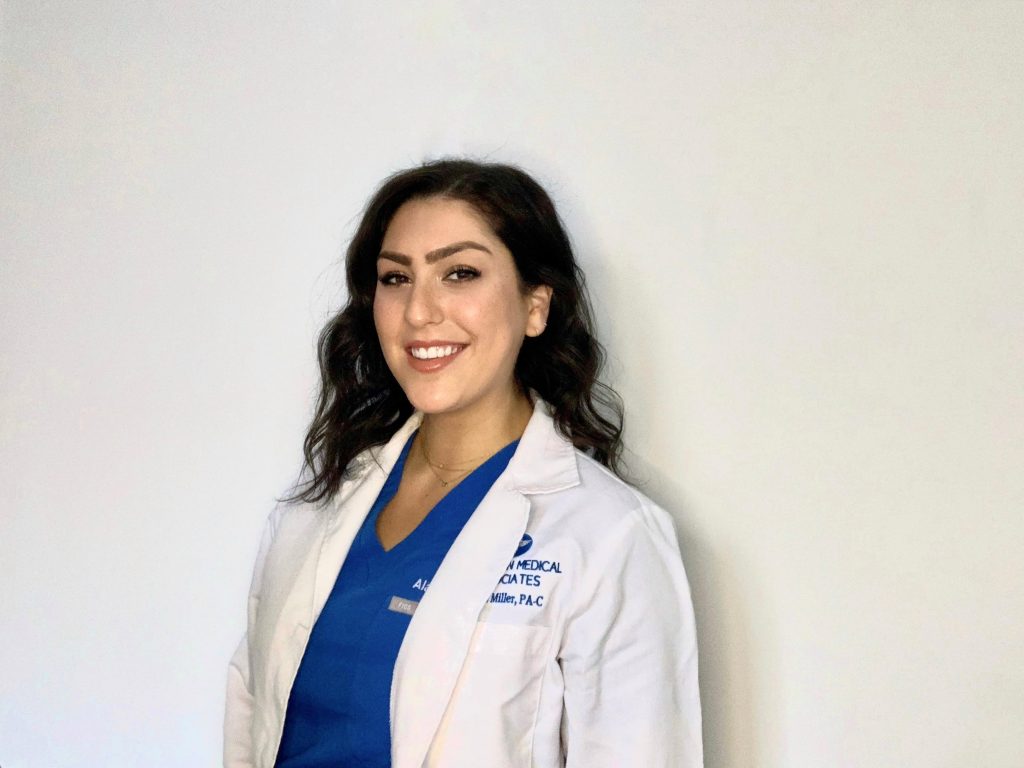 Alana was born in Hawaii and grew up in Arizona. She attended the University of Arizona in Tucson, AZ earning her Bachelor of Science in Public Health with a minor in Nutritional Science. She, then, went on to earn her Masters in Physicians Assistant Studies from Mercy College in the Bronx, NY. Before becoming a PA, she worked to educate healthcare workers about public health practices in a small rural town in Thailand.

Alana loves the collaborative and supportive relationship she has with her colleagues at Lex Med. Additionally, working in primary care has allowed her to practice medicine in a way that values each patient interaction individually. She enjoys supporting people along their health journey, as well as being the motivation for patients to embark on a new path towards better health.

In her free time, Alana enjoys cooking, particularly, global cuisine. She appreciates celebrating food from around the world and learning about different cultures.

One of her favorite quotes is “Every day you have the power to choose.” – Michelle Obama 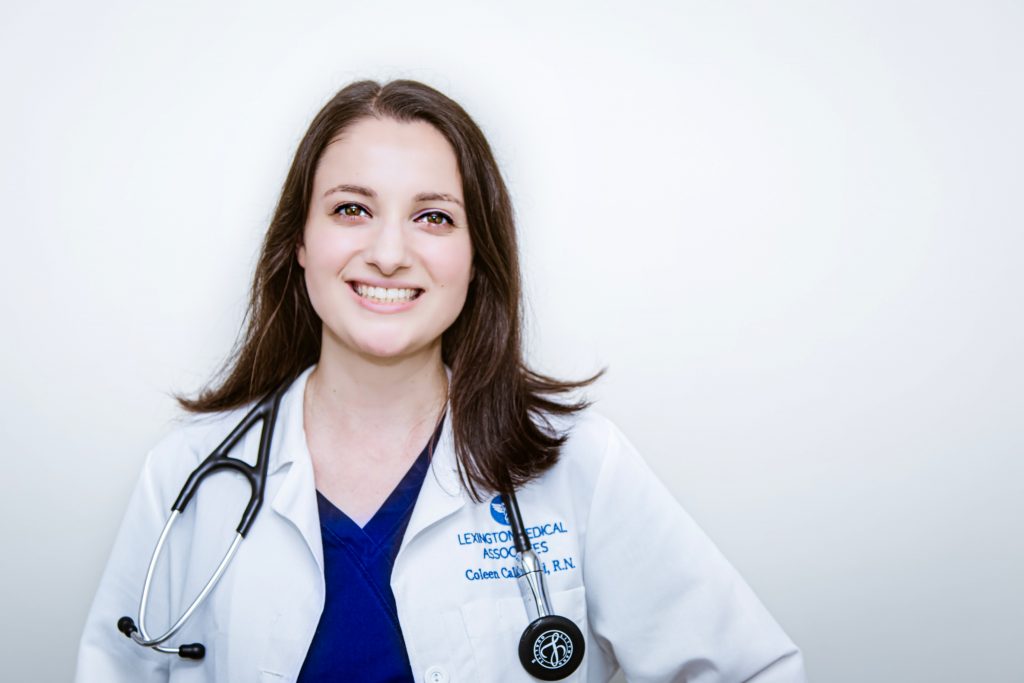 Coleen is originally from New Jersey. At the age of thirteen, she knew that she wanted to become a nurse. She earned a Bachelor of Science in Nursing from The Catholic University of America in Washington, DC. After graduating, she completed a year of volunteer service, providing nursing care for people experiencing homelessness at a health center in Denver, Colorado. This experience confirmed her passion for providing nursing care and getting to know patients in a primary care / outpatient setting. She then returned to New York City and joined the Lexington Medical team in pursuit of this goal.

Coleen’s favorite things about Lexington Medical are the teamwork between her colleagues and the relationships they form with patients throughout the continuum of care.

She also enjoys spending time with her family, baking, and seeing Broadway shows. One of her favorite quotes is “The pessimist sees difficulty in every opportunity. The optimist sees opportunity in every difficulty.” -Winston Churchill 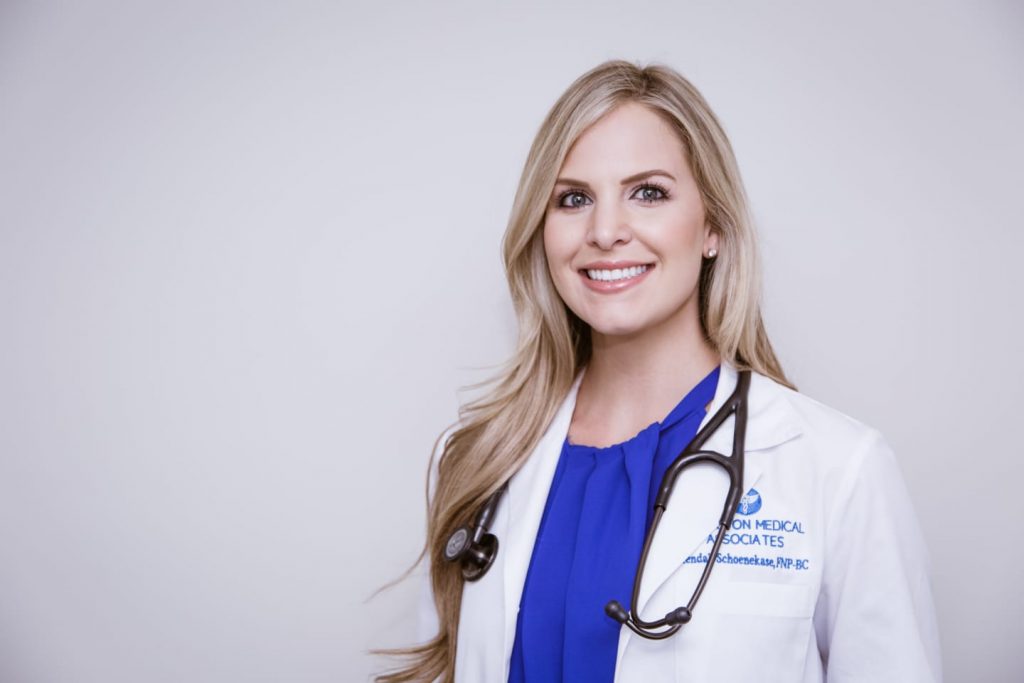 Kendall is originally from Kansas City. She received her Registered Nurse training from the University of Arkansas in Fayetteville, and her Family Nurse Practitioner training from Belmont University in Nashville, TN. Her medical background includes medical-surgical nursing, medical aesthetics, and family practice medicine. She has also spent time doing medical mission work in rural communities throughout Southeast Asia. What Kendall brings to the Lexington Medical primary care staff is a holistic approach to care that unifies the mental, spiritual, and physical health.

In her free time, she enjoys traveling, exercising, snow-skiing, boating, public speaking, as well as advocating for a number of causes.

You may recognize Kendall from the Miss America stage as Miss Kansas 2016, or from her international work as a professional corporate spokesperson. One of her favorite quotes is “For Beautiful eyes, look for the good in others; for beautiful lips, speak only words of kindness; and for poise, walk with the knowledge that you are never alone.”  – Audrey Hepburn

Rest assured that you’re receiving the best medical care possible at Lexington Medical Associates in Midtown East. We rely on patient-centered design and a team-based approach of highly-skilled healthcare professionals, who have the expertise and tools to deliver first-rate family care medical services. Request an Appointment today.

At our Midtown Manhattan outpatient medical center, we pride ourselves on combining the traditional values of a small family practice and the latest medical advances, in order to provide the highest-quality personalized care. For both routine and same-day care, you can expect nothing short of total attention during visits, exceptional diagnostic expertise, as well as timely follow-ups. It’s part of our belief that fostering a strong and lasting provider / patient relationship will earn your trust in our medical care, as well as result in the best medical outcomes.

With our convenient midtown office, we’re here when you need us!